Full operations have been resumed from 19 June 2020.
In view of the Covid-19 situation, enhanced precautionary measures are in place to ensure the safety and well-being of our patients.
Read more >>
MAKE AN
APPOINTMENT

Dengue Vaccine to Protect Yourself Against Subsequent Dengue Infections

Dengue fever is a disease caused by the dengue virus, which is transmitted by female mosquitoes mainly of the species Aedes aegypti. There are four serotypes of the virus that cause dengue — DENV-1, DENV-2, DENV-3 and DENV-4. Hence, individuals can be infected with dengue up to four times.

First time dengue infection is believed to provide lifelong immunity against that serotype. However, subsequent dengue infections by other serotypes may have high risk of developing severe dengue,
dengue haemorrhagic fever or dengue shock syndrome, which can be life-threatening.

Severe dengue, dengue haemorrhagic fever and dengue shock syndrome are dengue infections that become severe and potentially have fatal complications, which often require hospitalization. Symptoms of severe dengue generally develop after the fever has gone down, followed by:

If you think you have dengue, consult your doctor and seek medical attention immediately.

Singapore has the highest dengue cases in 2020, with a cumulative number of cases at more than 32,000 as of 19 October 2020. The number has surpassed the 22,170 cases in 2013, which was the previous largest dengue outbreak in Singapore.

There is no specific treatment for dengue fever, severe dengue, dengue haemorrhagic fever and dengue shock syndrome. Fortunately, there are supportive therapies in Singapore and also dengue vaccine, Dengvaxia, available for the prevention of subsequent dengue infections. Dengvaxia dengue vaccine has been approved by Health Sciences Authority (HSA). 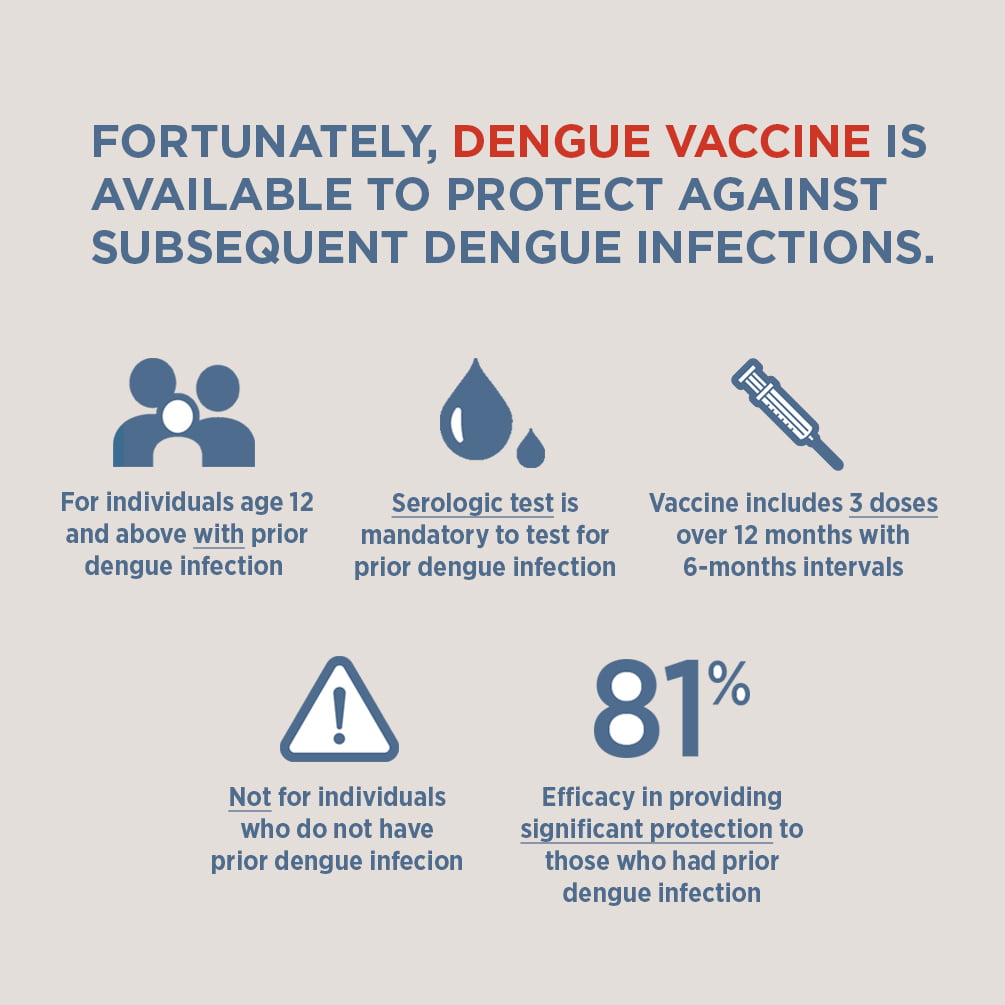 How do I check for previous dengue infection?

How is the vaccine given?

What are the precautions to note?

HSA’s regulatory approval is based on a review of the 24 clinical studies conducted by Sanofi in over 41,000 subjects. The evaluation are:

If you have any questions on the Dengvaxia dengue vaccine, you may make an appointment to consult our doctors at Thomson Wellth Clinic. 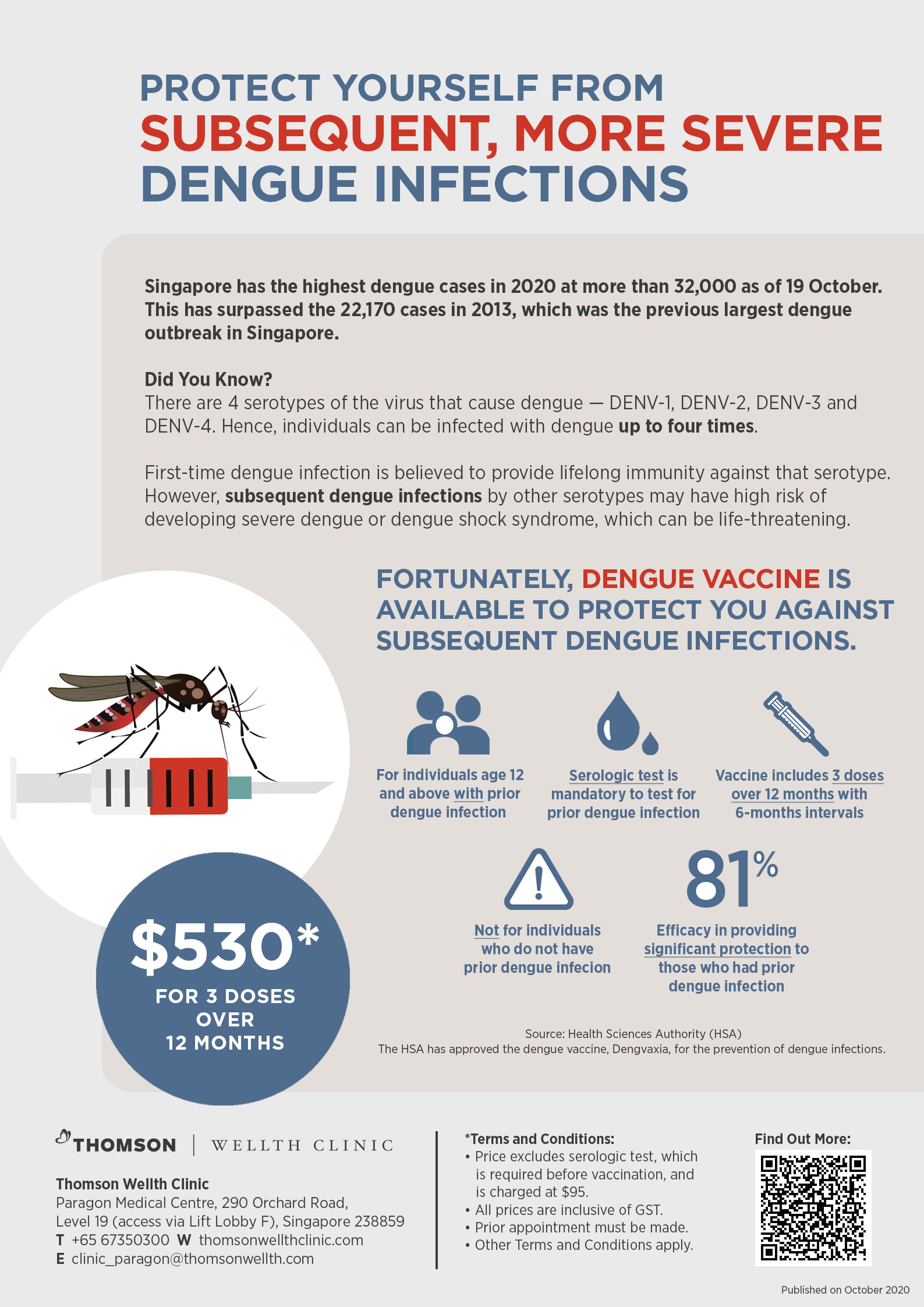 Regular medical checkups are key to protecting Singaporeans’ health, yet many of us are reluctant and avoid them due to various myths and misconceptions. We

Why Singaporeans Should Go For Regular Health Screenings

From watching our diets to an active lifestyle, we all want to cherish our health and lead long and fulfilling lives. An often neglected area

Part 1: The Importance of Health & Wellness In Singapore’s fast-paced society, many of us constantly push ourselves to excel in our careers and pursuits. 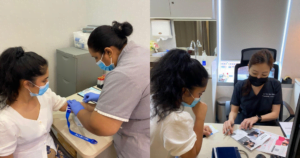 Lesson learnt: Don’t put off getting your health checked. 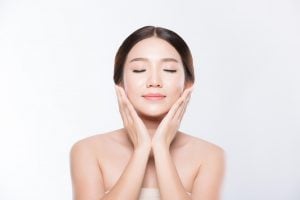 As we age, our skin loses collagen, a protein that gives skin its firmness and elasticity. You will start to notice it becoming saggy and crinkly. INDIBA Radiofrequency treatment can help prevent age-associated skin sagging, and restore your skin’s health.

Subscribe to receive updates on our services and healthy living tips!